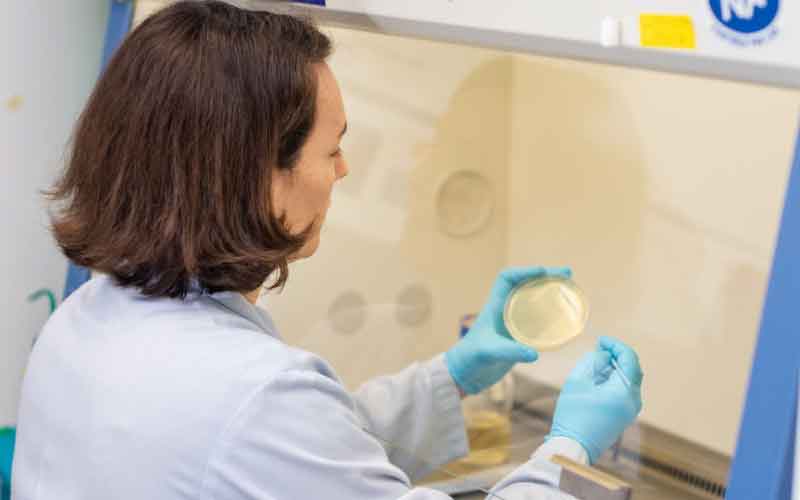 Alaxia, an affiliate of the Stragen Pharma Group developing therapeutic solutions for respiratory diseases, today announces a cooperation with a BSL3 (BioSafety Level 3) laboratory of University of Padova (Department of Molecular Medicine, DMM) to test in vitro the virucidal effect of the antimicrobial compound ALX-009 (combination of OSCN– and lactoferrin) against SARS-CoV-2, the virus responsible for Covid-19. The tests reinforce the interest in investigating ALX-009 against bacterial and viral lung infections and/or co-infections, in a broader range of life-threatening agents.

In 2013 Alaxia, in collaboration with DMM, tested hypothiocyanite (OSCN–) in vitro against A/H1N1 2009 pandemic influenza virus, showing a clear dose-dependent virucidal activity without cell toxicity. According to Luca Cegolon – medical epidemiologist who promoted Influenza and SARS-CoV-2 investigations: “This compound has considerable potential. Not only does it show great promise in the treatment of cystic fibrosis patients, but it clearly has a large spectrum cidal activity. Indeed, since OSCN– is an endogenous molecule and is part of the natural human immune system against pathogen threats, the risk of side effects in humans is inevitably low”.

During summer 2020, Alaxia and DMM started to investigate the potential of ALX-009 on SARS-CoV-2. “Seeing preliminary results, additional tests will be performed to confirm the potential virucidal activity of ALX-009 on SARS-CoV-2,” said Cristiano Salata from DMM. A scientific paper, detailing BSL3 lab tests results, will be submitted for peer review before the end of 2020.

ALX-009 is produced extemporaneously by dedicated equipment EOLEASE as and when needed for managing multiresistant bacterial infections. ALX-009 was developed to be administered by inhalation. In February 2020 Alaxia completed its phase 1 clinical trial cohorts enrolling 84 healthy volunteers (phase 1a) to study the safety profile of the compound. ALX-009 was deemed safe to inhale. The company has started recruiting cystic fibrosis and bronchiectasis patients at several EU clinical sites to complete this ongoing study (phase 1b).

“The promising effect on SARS-CoV-2 suggests that ALX-009 can be an antimicrobial with virucidal properties. With the phase 1 clinical trial data, we were able to determine that ALX-009 is a safe breathable antimicrobial drug candidate. It could be an important tool to treat a large array of life threatening agents in CF,” said Philippe Bordeau, VP Innovation and Business Development at Alaxia. “We look forward to increasing the interest around ALX-009 and to finding one or more partners to hasten our development programs.”

ALX-009 targets antibiotic-multi-resistant Gram negative bacteria (‘super bugs’) that are currently untreatable. It combines two endogenous substances: the hypothiocyanite ion (OSCN–) and the protein lactoferrin. Both compounds are normally present in healthy people as part of the body’s first line of defense against microbes; the innate immune system. The drug can be used as a stand-alone therapy and as an adjunctive to antibiotics or other therapeutics.

In vitro and ex vivo tests have shown that the bactericidal effect was maintained in complex matrices (biofilm and sputum) which is important as it works without requiring significant dose increases for respiratory infections in cystic fibrosis. ALX-009 has orphan drug status both in the US and the EU. Both the drug and the technologies are patented.

Alaxia is backed by the French public bank Bpifrance and the Cystic Fibrosis Foundation, with support from Stragen and the iABC consortium. The iABC consortium is a project within the ND4BB program under the IMI (Innovative Medicines Initiative), a Public Private Partnership between the European Union and the European pharmaceutical industry.